During 20 years of development, TC MOTOR has gained many achievements in the industry of automobile manufacturing, whereby many prominent FDI enterprises are competing.

Formerly a mechanical company founded in 1999, in June 2009, TC MOTOR, the automotive unit of Thanh Cong Group signed a cooperation agreement with Hyundai Motor, which marked the new chapter of Hyundai in Vietnam. When entering the automotive sector, this enterprise evaluated the situation and had a long-term vision of not only importing completely built up cars (CBD) but also assembling completely knocked down cars (CKD) in order to take further steps in the market. 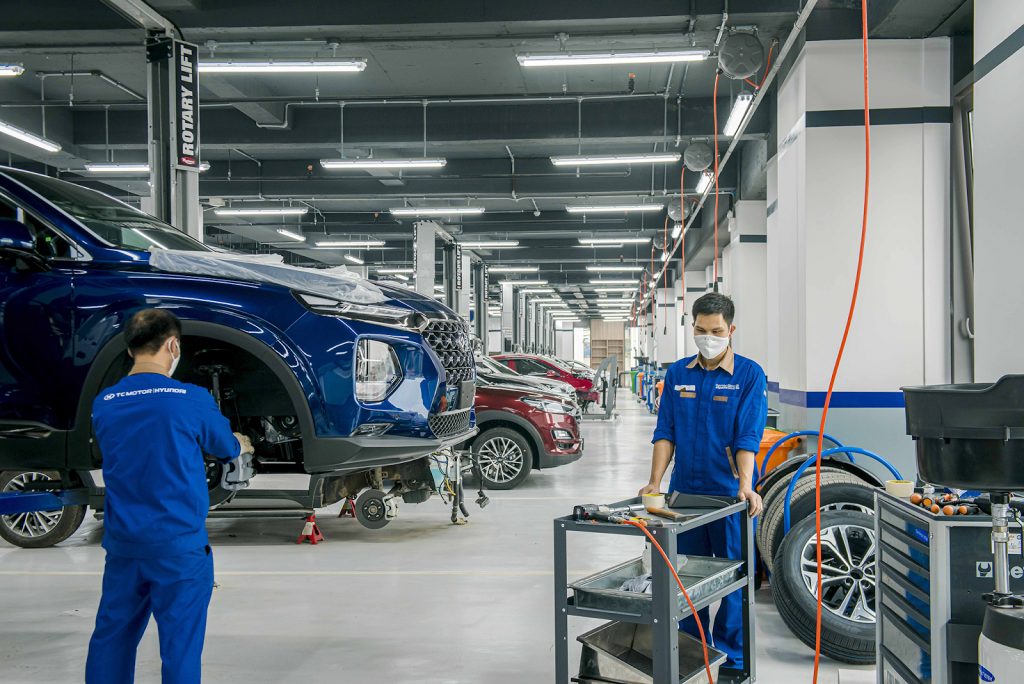 At the time of being the official distributor of Hyundai passenger cars in Vietnam, TC MOTOR sold some CBU models while waiting for the assembly plant in Ninh Binh ready for operation. In May 2011, two years after the cooperation, TC MOTOR launched the first Hyundai car model that is manufactured in Ninh Binh Plant: Hyundai Avante.

The big picture of automotive industry at this time witnessed harsh competition as Vietnam had a number of potential customers. Circular 20/2011/TT-BTC was introduced to limit the trade of deficit but in one way or another, both large and small businesses can import a large quantity of passenger cars. Besides assembling cars, TC MOTOR also imports and distributes some high-volume cars such as Grand i10 in order to shape a foundation for future booming. 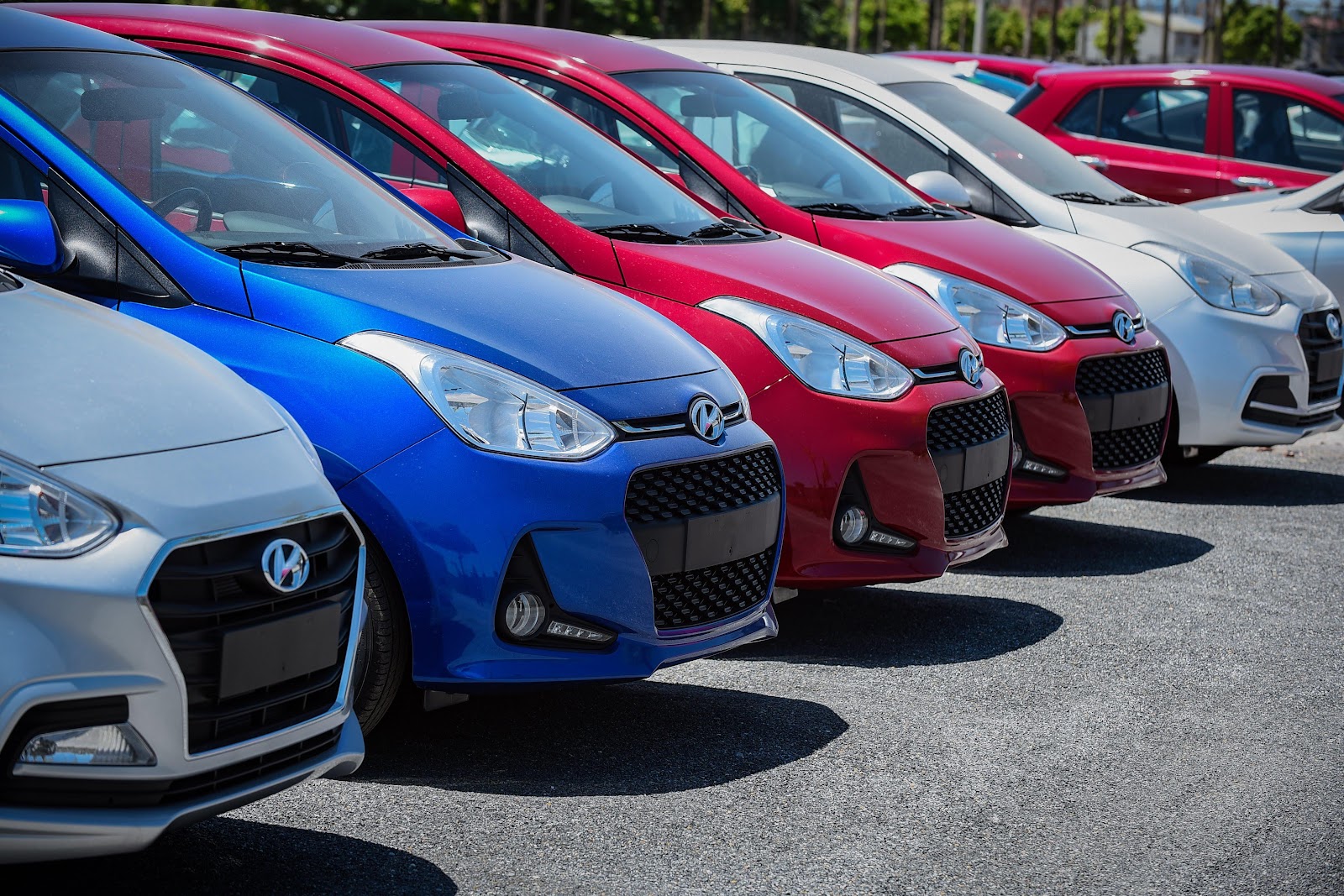 At the end of 2014, TC MOTOR officially launched Santa Fe model that is domestically manufactured and joined such a competitive car segment. However, the most remarkable CKD car model of TC MOTOR is Grand i10.

Indian-origin vehicles imported to Vietnam decreased significantly since TC MOTOR domestically assembled Grand i10 in 2017. With eye-catching design, several features and a reasonable price, Grand i10 can be considered as the hero of TC MOTOR. This small hatchback keeps ranking first of sales in its segment and is always among the top selling cars in the market. In 2017, TC MOTOR’s total sales was about 30,000 vehicles, of which more than half was Grand i10.

2017 is also the time when the automotive industry changed a lot. FDI enterprises are planning to import many car models instead of assembling in Vietnam in order to benefit from AFTA trade agreement. In 2018, many imported car models within ASEAN region will enjoy 0% tax thanks to the trade agreements amongst countries.

At this time, TC MOTOR kept innovating their models and launched many more new products to the market. All passenger vehicle models  are assembled at Ninh Binh factory. This company did not pursuit short-term benefits but expanded its factory to better satisfy the market demand. The actions of Hyundai also showed their determination to contribute to the Vietnamese automobile industry, and increase the localization rate on every product.

After 10 years of cooperation with Hyundai Group, TC MOTOR is now one of the three leading enterprises in Vietnam automobile market. The innovations on each products resulted from careful research on customers’ needs and wants, which help this Korean automotive brand favoured by Vietnamese users.

The prejudices about Korean and Japanese cars seems to be inapplicable in TC MOTOR products. In the A-segment, Grand i10 is the best-selling model despite the competition with many Japanese CBU models.

In the B-segment sedan market, Accent has increased its sales for several consecutive months since the new version was assembled in April last year. Even in the first 7 months of this year, the sales of Accent surpasses Grand i10, which contributes greatly to TC MOTOR's total sales. 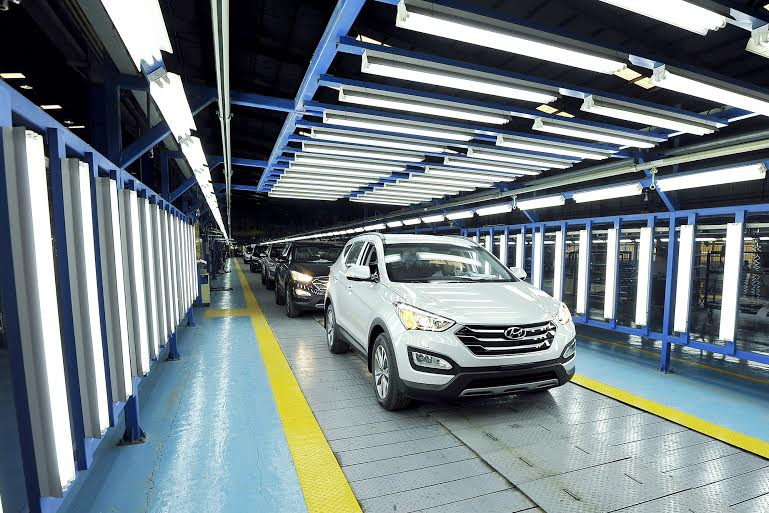 The sustainable strategy of developing with Vietnamese automobile industry helped TC MOTOR achieve such good results in 2018. While many car companies are affected by new regulations on imported cars and the market goes down, TC MOTOR break through with the growth rate of 100%. There are times when their factory cannot produce enough cars to meet the market demand despite operating at its full capacity. Customers also trust the product quality and are willing to wait for 2-3 months to have the car. This shows that the trust from customers have been built through the right strategies.

While many FDI enterprises boost importation to benefit from regional tax policies, TC MOTOR does the opposite: Promoting assembly, expanding factories. The company's market share surpasses many foreign competitors. Currently, TC MOTOR is in the top 2 of Vietnamese enterprises that account for the large majority of domestic automotive market share. 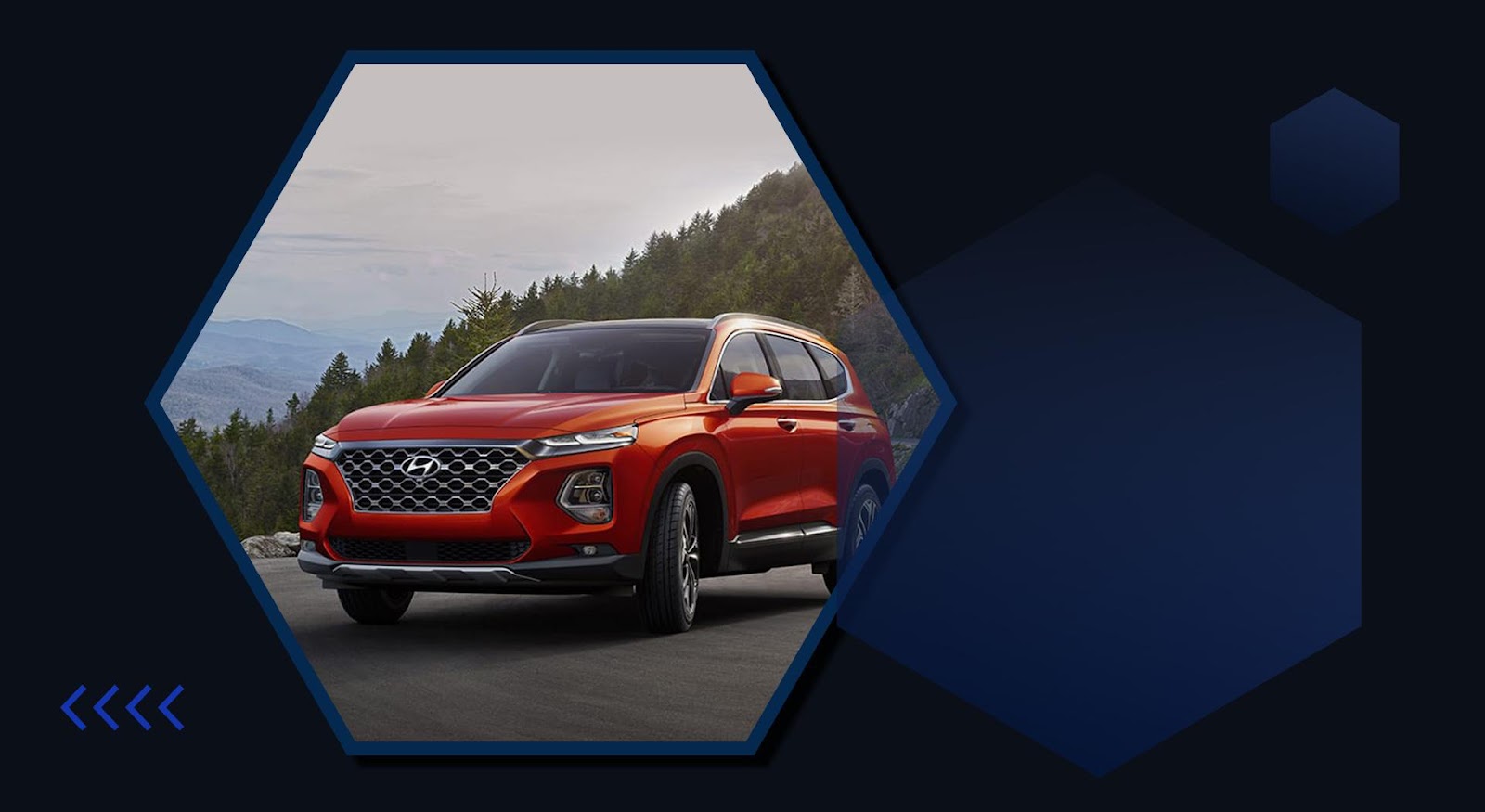 The current success of TC MOTOR is the proof for the rise of private economy, opening up potential for the domestic automobile industry. As domestic production develops, the supporting industry will gradually improve. Thus, private automobile businesses are potential to involve in exportation.

According to Resolution No. 10-NQ/TW of the 5th meeting of the Central Committee of the Communist Party of Vietnam, in 2017, the Government will remove all barriers, prejudices and create favorable conditions for the development of a healthy and oriented private economy. Besides, the Government will promote the positive and beneficial aspects of the private economy and strengthen the activities of inspection, supervision and transparency in order to limit such negative aspects.

Currently, the private sector contributes over 40% of GDP and tends to increase, of which private enterprises contribute about 10% while the remaining is household economy. Being a private enterprise in the automobile industry, TC MOTOR has made certain contributions to the growth of the economy. 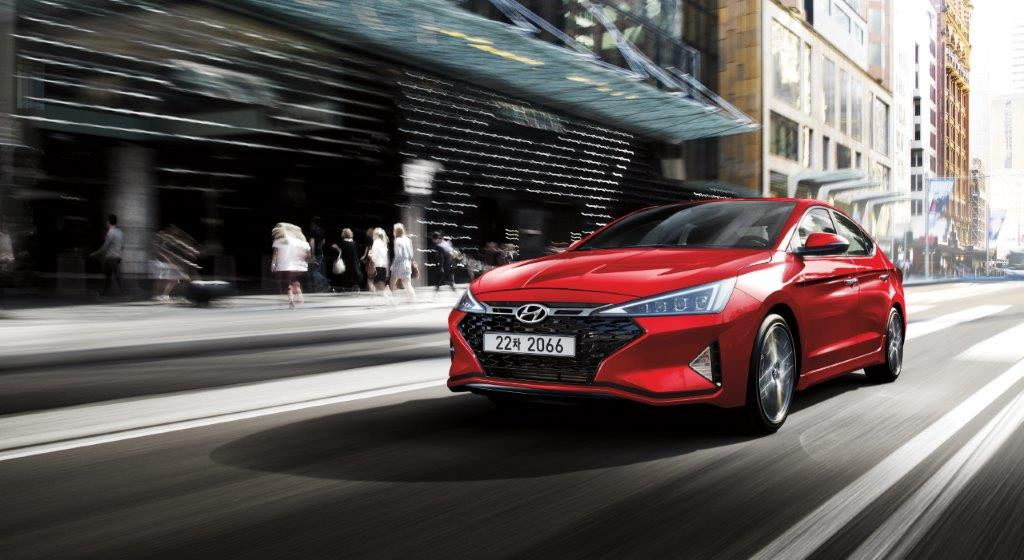 In order to encourage private companies in automotive industry, the Government introduced the Decree No.125. This decree allows the reduction of importation tax on automotive components that cannot be produced locally. The tax is expected to decrease to 0% within 5 years and with some conditions.

However, with the current sales, TC MOTOR meets all of the criteria to enjoy the 0% importation tax. Hence, the production cost would significantly decrease, which not only benefits customers but also enhance TC MOTOR's competition advantages compared with other CBU models. 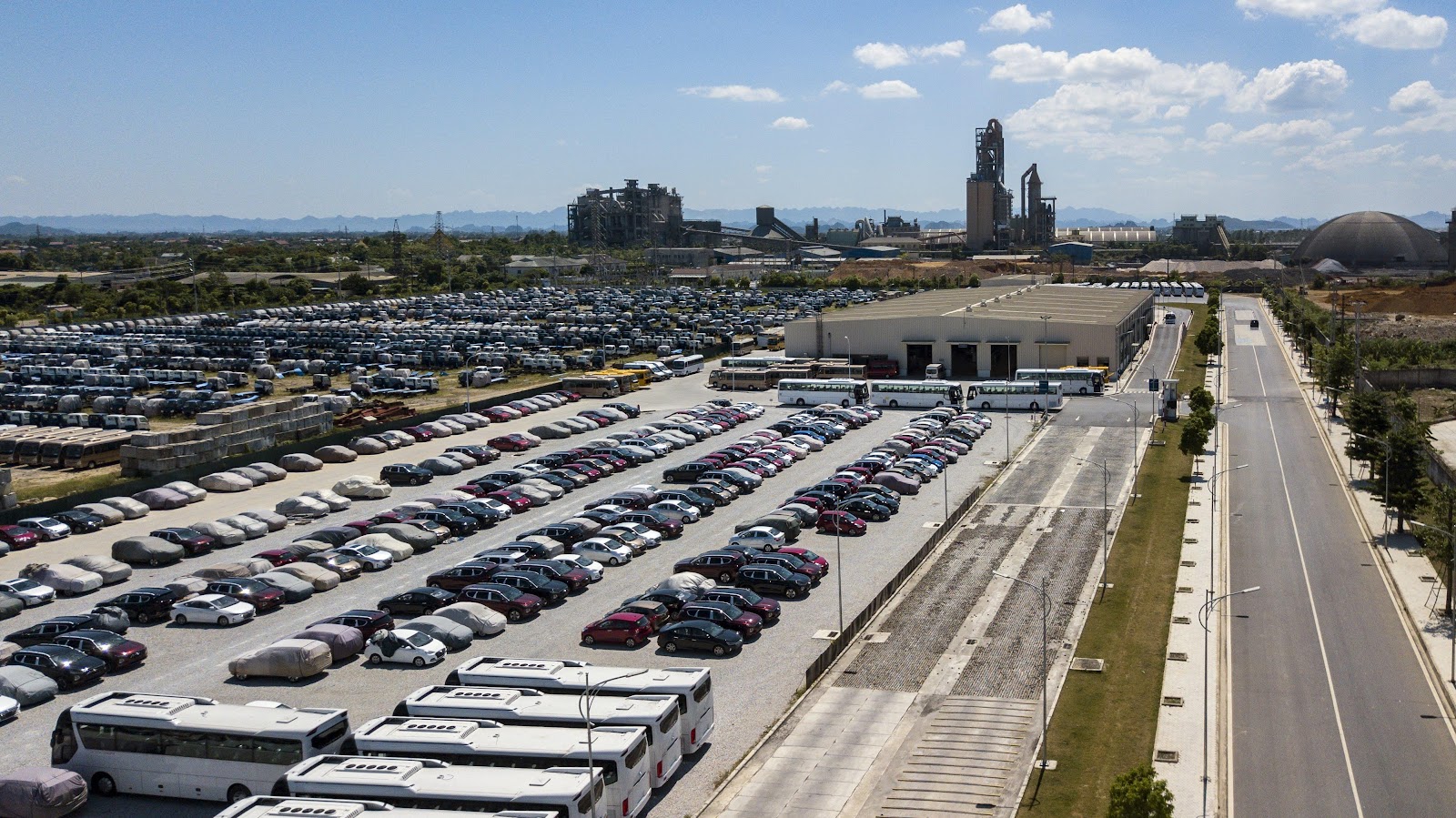 In ASEAN, Hyundai currently has only one manufacturer in Indonesia. Thus, TC MOTOR can think of exporting their products into other countries in the bloc. When the localization rate of the best-selling cars such as Grand i10 and Accent reaches 40%, TC MOTOR can export cars to other ASEAN countries with the tax rate of 0%, thanks to AFTA Agreement.

In preparation for further projects, Thanh Cong Group and Hyundai Motor Korea have dealt many more agreements so that TC MOTOR can increase production capacity export not only passenger vehicles but also commercial vehicles. In addition, TC MOTOR has its own plan of expanding their factories in Ninh Binh and other locations.

With careful preparation and strategies align with the integration trend, it is likely that TC MOTOR will be able to export their products in the near future. After 20 years of establishment and development, TC MOTOR has made solid steps and has its own position in the automotive market. The long-term plans of TC MOTOR, together with other private enterprises in the industry, is contributing to the growth of Vietnamese automotive industry in the following years.